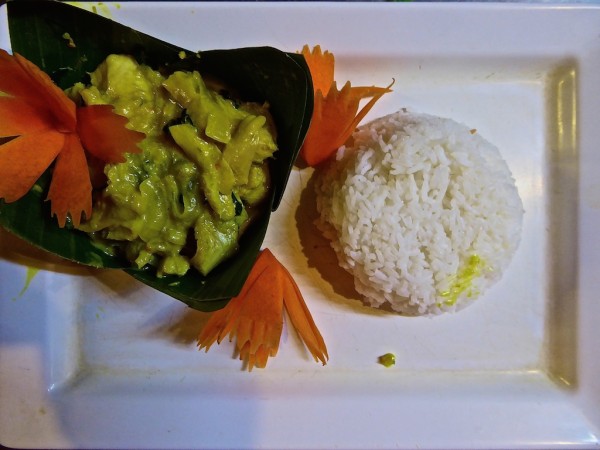 The freshwater Trei fish is traditionally used. But a common supermarket fish like halibut or cod can be used instead. 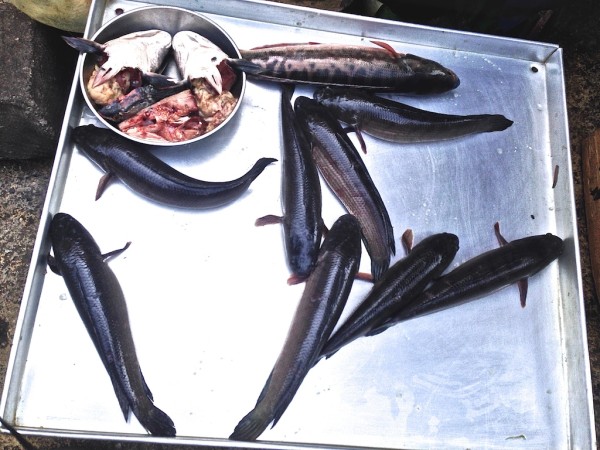 Trei fish for sale near the night market in Phnom Penh

Beef or chicken can be used instead and it can be adapted for vegetarians by using tofu.

The Amok “ngor” leaves are unique to Cambodia but kale or spinach leaves can be used as an alternative.

Traditionally Amok is served in banana leaves, which can be purchased from a good Asian supermarket. But baking paper can be used instead. 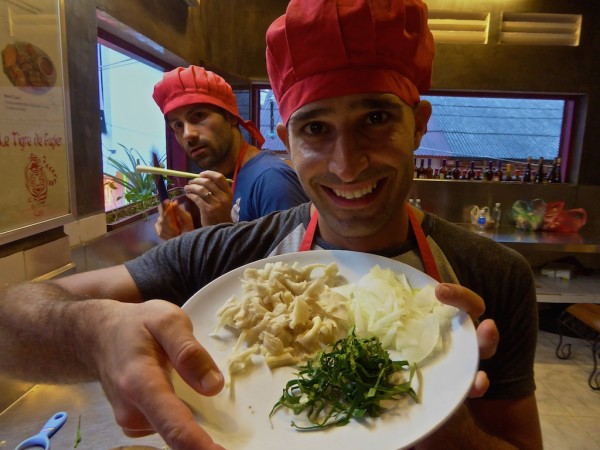 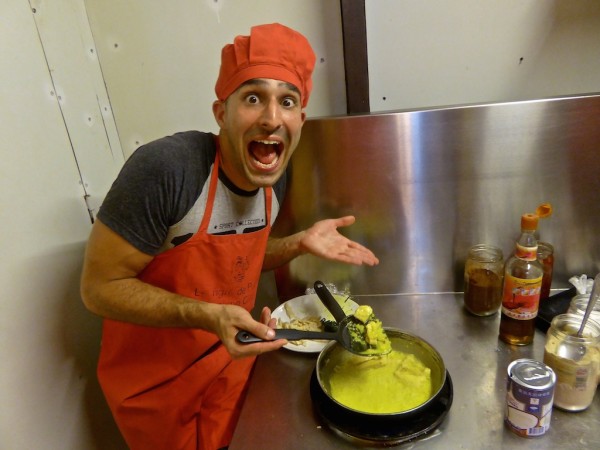 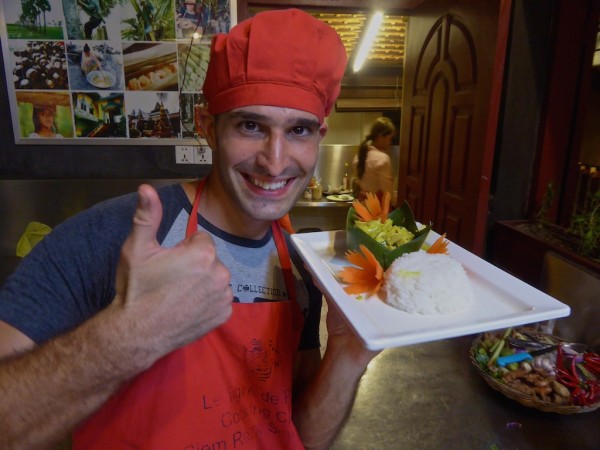 How to make Cambodian fish amok

You can read more about our experiences discovering food in Cambodia and watch our Cambodia travel video. 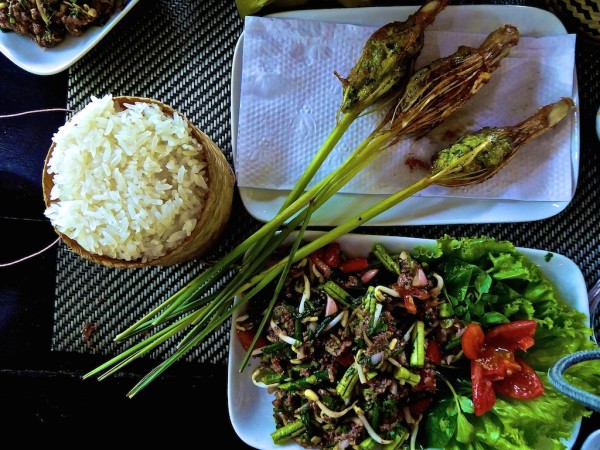 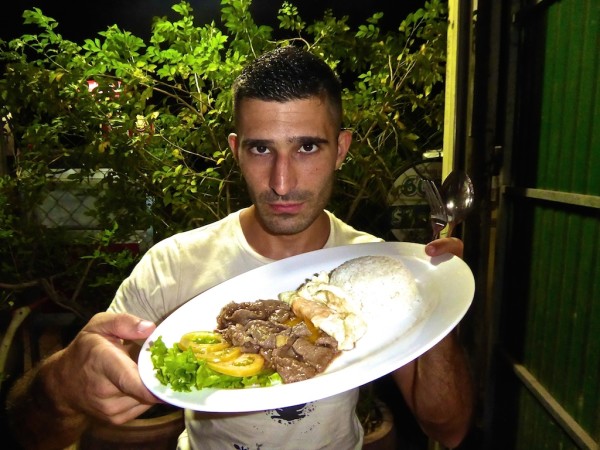