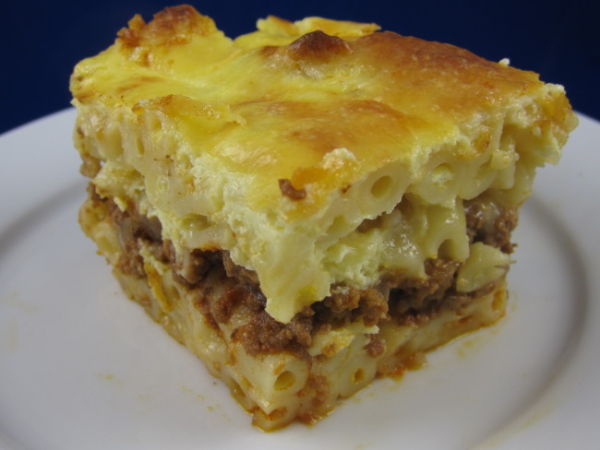 Pastitsio (“παστίτσιο” in Greek), is a Greek baked pasta dish comprised of three layers: the pasta, the meat filling in the middle and topped with béchamel sauce.

Pastitsio is an essential dish during Greek celebrations, such as the Orthodox Easter.

Recipes vary, but in Cyprus, pork is commonly used, Mitsides spaghetti is used as the pasta element.  In addition, fresh mint and parsley are used to flavour the meat of the Pastitsio.  For the cheese, we have used grated anari and halloumi.

How to make the Pastitsio – this is broken down into 4 stages:

1. Pre heat oil in frying pan then cook the chopped onions on a low heat, covered, for around to sautéed them.

2. Add the mince pork and cook it over a medium heat for around 5 minutes until the pink colour of the meat disappears.

3. Stir in the cinnamon, parsley, mint, tomato paste and half a cup of water to liquidise the tomato paste.

4. When the liquid is nearly absorbed, remove the frying pan from the stove and set the meat aside.

1. In a large cooking pot of salted water, bring to the boil then add the Mitsides spaghetti.

2. When spaghetti starts to soften, drain it then return to the pot and put back on the cooker and mix in around 60g (x4 tablespoons) of butter in to avoid the spaghetti becoming sticky.

4. Finally add the grated anari block (or mix of cheddar/halloumi is using), then set the pot aside.

1. Heat up the milk on a low heat to avoid lumps.

2. Whilst milk is heating up, in a separate pan melt 45g of butter (x3 tablespoons) with olive oil (x4 tablespoons), mixing it with a whisk, but do this on a low heat.

3. Add x6 tablespoons of plain flour, using the whisk to mix it well, always on a low heat to avoid lumps forming.

4. Very slowly add the heated milk, 1 cup at a time, and each time pausing to mix it in – at all stages keep whisking and always on a low heat to prevent lumps forming.

5. The aim is to get something that is thicker than gravy but not quite as thick as pudding – one way of telling is to dip your wooden spoon in the sauce and draw your finger across the back: if the sauce holds a visible line, then it is thick enough.

5a. If the mixture is too runny, in a separate bowl mix flour to some milk and slowly add this in separately always mixing.

6. Add the nutmeg and season with salt and pepper, then stop the heat.

7. Beat the x2 egg yolks and add this to the beshamel mixture and stir it in well.

2. Use any remaining butter to grease a pyrex (otherwise use some veg oil), and add a few bread crumbs to avoid sticking.

3. Line the bottom of the pyrex with half of the spaghetti.

4. Put x4 tablespoons only of the beshamel over the spaghetti in the pyrex.

5. Add the meat on top, then the rest of the spaghetti on top of this.

6. Bake the Pastitsio for around 30 minutes or until the top is a nice golden colour.

Pastitsio is usually served as a main course alongside other meat courses. 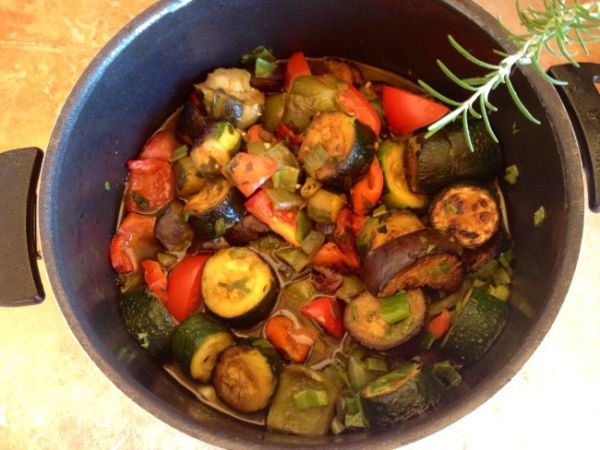 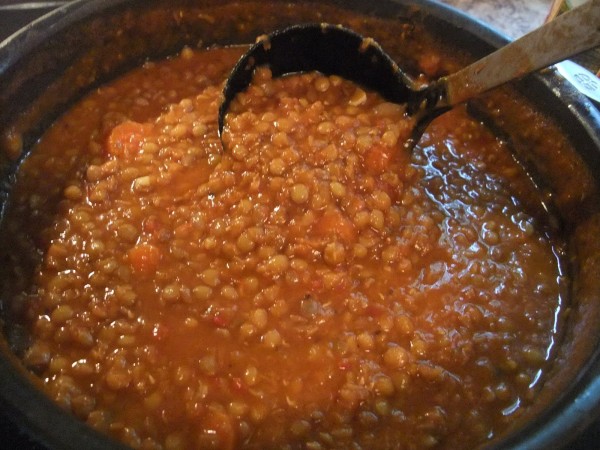