“I will never forget my first time trying Japanese food…

I moved to London from my small village in France back in 2006 and my friends took me to Wagamamas – a Japanese chain restaurant.”

We ordered lots of sushi rolls, sashimi, gyoza, a Chicken Katsu to share, and finally, a bowl of Yaki Udon. I don’t know if it was the novelty of trying Japanese food for my first time or the freedom of being in London away from family, but when I took those initial slurpy spoonfuls of this simple Japanese stir fry noodle dish, I instantly fell in love!

Fast forward a few decades and I’ve now visited Japan several times with Stefan, each time leaving with a thirst to return. We both love Japan, particularly the food, which you may not know is, in fact, part of UNESCO’s Cultural Heritage List. But for me, Yaki Udon will always hold a special place in my heart!

So, after plenty of obligatory Yaki Udon sampling, I grabbed Stefan, headed to our local Asian supermarket for the ingredients and together we tried out this recipe.

🍜 Our recipe for Japanese Yaki Udon is inspired by our friend Shintaro from Tokyo. We have tried and embellished this recipe many times, each time adapting and improving it.

Now we publish it here for you to try out as well:

What is Yaki Udon exactly?

In a nutshell, Yaki Udon is Japanese stir-fried udon noodles made with your choice of protein and vegetables then seasoned with a savoury sauce. It’s very simple to make requiring little skill. It’s also highly delicious – one of our favourite foods from Japan.

Yaki is Japanese for pan-fried and udon are the thick and chewy noodles, made from wheat flour (as opposed to soba noodles which are thinner and made from buckwheat flour). Yaki Udon originated in Kokura, Fukuoka Prefecture in southern Japan after the Pacific War (1941-45) when food was scarce and soba noodles were hard to find. As an alternative to soba noodles, the owner of the Darumado noodle restaurant used udon noodles instead and just like that – a new dish was born!

Yaki Udon can be served as a main dish, although when we visited Tokyo we noticed that it is more traditionally served as a snack in the many izakayas (after-work Japanese pubs) we visited.

However you eat it, Yaki Udon goes well with a chilled or heated sake (alcoholic Japanese drink made from fermented rice).

What are udon noodles?

Udon noodles are thick and satisfyingly chewy – one of the reasons I love this dish so much! They are made from wheat flour and can be served as a hot noodle soup (called “Kake Udon”), or cold, with dipping sauces (called “Zaru Udon”).

There are many different stories behind the origins of Udon noodles in Japan. One thing they all suggest is that udon noodles originated in China during the Tang Dynasty (618-907 AD) when it was referred to as konton. Back then it was made from wheat flour with sweet fillings resembling a dumpling. Gradually, over time, the konton evolved. It lost its sweet filling, it became longer – more noodle-like, less dumpling-like, but it retained its chewy yumminess that I love so much!

🍜 Udon noodles are thick and satisfyingly chewy noodles made from wheat flour:

How to prepare udon noodles?

We loved the packed noodles because they feel fresh and you find them pretty much anywhere.

PRO-TIP: If you’re a bit lazy like us, you can just buy your Udon noodles online and get it delivered straight to your door.

If you cannot find packaged Udon noodles, you can buy dry Udon noodles and cook them as per the instructions on the packet. We found them to be not as good but when added to the stir fry and all the seasoning, they’ll still be delicious

The magic ingredient for Yaki Udon…

Dried bonito flakes (called “katsuobushi”) are shaved flakes of dried, smoked bonito fish that look a bit like wood shavings. They are a crucial component for most Japanese dishes, particularly Yaki Udon.

They have a smokey and savoury taste which gives a rich (and quite satisfying!) flavour to Yaki Udon. For us, we consider it to be the key, magical ingredient! It’s also quite spectacular to watch: sprinkle a few pieces of dried bonito flakes on a freshly made plate of Yaki Udon and watch them move about as they react to the heat!

Don’t worry, the dried bonito flakes are not alive! They simply move when they touch heat because they are so thin and light in structure.

If you cannot find dried bonito flakes in your local Asian supermarket, you can buy them online here.

I promised a simple and easy recipe, and I do not exaggerate. Yaki Udon in itself does not require many ingredients. The base for the stir fry is made of vegetables and chicken breast, you should be able to find these ingredients pretty much everywhere.

I make my stir fry for the Yaki Udon with a fresh carrot peeled and sliced in thin layers, a few cabbage leaves (but not mandatory), 1 red capsicum and shiitake mushrooms.

If you do not have all the ingredients, it does not matter, Yaki Udon is a very forgiving dish, you swap one ingredient for another, it will still be YUMMY!

Feel free to add other vegetables into the mix. I’ve seen friends cooking Yaki Udon with celery, Asian Greens, broccoli, and scallions/shallots. Play with the recipe!

For the sauce, the main ingredient is Mentsuyu sauce to give it that Japanese flavour. However, Yaki Udon can still be made without Mentsuyu sauce, just one extra tbsp of soya sauce.

I like to use chicken breast for my Yaki Udon because it’s a healthier option than chicken thighs. It’s really up to you if you prefer to use one or another. If you make this with chicken breast, I recommend to tenderise it using using baking soda (bi-carb). It’s super mega simple. All you need to do is add 3 tbsp of baking soda to your diced chicken and let it marinate for 20 minutes.

Then rinse the meat well under running water, pat with paper towel to remove excess water and it’s ready to cook!

How to make Japanese yaki udon

Yaki Udon is very straight forward and easy dish to make. It’s also very forgiving so don’t worry if you’ve cooked it before.

Cut the chicken breast intro thin slices. Then chop all the vegetables (this is the hardest part).

🍷 Now have a little glass of wine 🍷

When you’re ready to cook your Yaki Udon, have everything ready to go because it takes less than 10 minutes! Sauté your garlic and onion (3 min), then cook the chicken meat (3 min).

Add the rest of the vegetables and cook for 3 minutes. Throw the noodles in with 3 tbsp. of water. Add your sauce and you’re done!

Yaki udon is a main dish by itself and goes down very well with a chilled or heated sake (alcoholic Japanese drink made from fermented rice).

PRO TIP: If like us you don’t like bad onion breath, then sautéed the onions a bit longer (ie for 10 minutes) until they brown and become tender.

Disclaimer: Some of the links in this post are affiliate links. This means that if you purchase something through them, we’ll earn a small commission. There is never an extra cost to you for using these links and it helps us keep the site going. 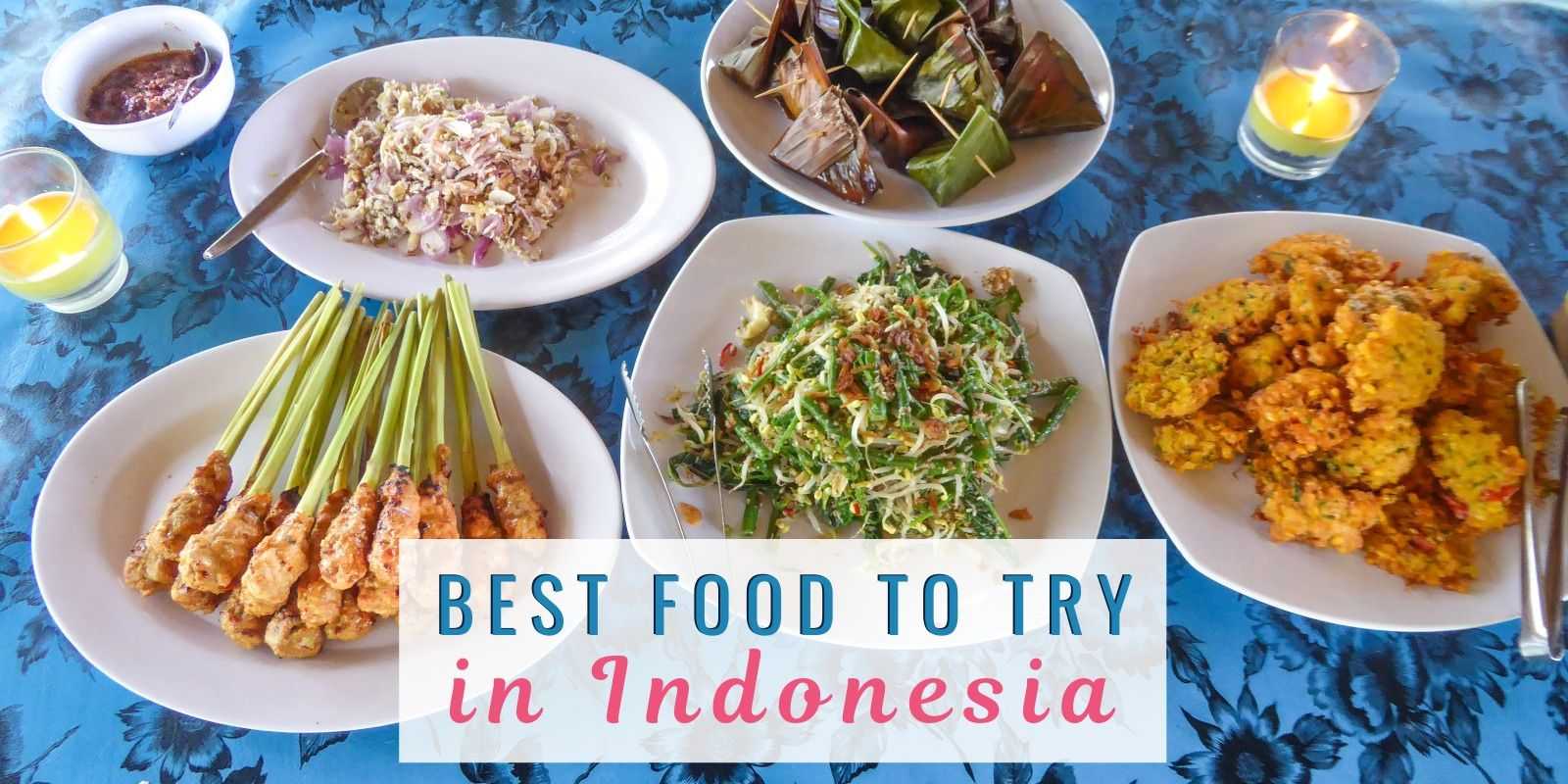 I made this tonight - it is delicious. I live in Spain and had to make the Mentsuyu Sauce myself - luckily had the ingredients as we cook a lot of Japanese food. It was a big hit in my house, I thought there would be some leftovers but it is all gone. I did add a bit extra soy sauce. Thanks for a great recipe.

I'm so glad to hear that! I just love this dish!!

Yum!! Hands down, my favorite restaurant in London is Wagamamas!!!!! We eat there every time we are in London which is about once a year. Thanks for this recipe, I will be preparing it very soon.

How much ginger do I add? I don’t see the Amy in the recipe.

Hi Debbie, there is no ginger in the recipe except for the pickled ginger. It was a typo!

Hi - I enjoyed this recipe for Yaki Udon Japanese noodles. I would suggest a couple edits:

I made this tonight and it was delicious - used our homemade pickled ginger.

Thanks for the recipe!