That one time we accidentally tried whale meat in Tokyo 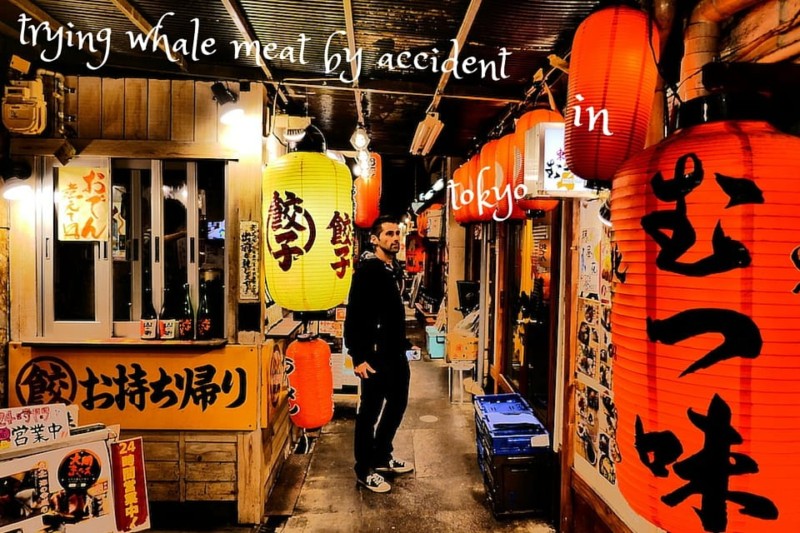 Whale farming of any sort is illegal.

That’s what we thought until we ventured out into the streets of Tokyo on our first night in the big city.

We wondered into a small, homely and unassuming Izakaya (like gastro pubs) where we thought we would have our first sake and noodle dish. After ordering a few drinks and pointing to a picture in the menu of what looked like a yaki udon (noodle stir fry), the lady behind the bar said to us:

“This is a whale bar, you ok with that?”

At first it didn’t sink in. We didn’t want to appear rude (or ignorant); what could whale bar actually mean? Maybe it was just a mis-translation of some sort. We did notice quite a few whale pictures on the wall so just thought they were Free Willy fanatics.

“Yeah we’re fine” we replied smiling, our stomachs rumbling, eager and excited to feast on our first meal in Tokyo.

The plate arrived, it was a slightly darker looking meat then what we’d expected. It looked like liver but tasted like beef. Everything seemed fine.

We paid and left, but whale bar? What was it exactly? We couldn’t have possibly just eaten whale meat right? That’s totally illegal – they’re endangered species after all…?

Upon returning to our hotel, we were able to get WiFi to check and it all started to sink in…

Turns out whale farming (or whaling) is illegal in most countries in the world, except in Iceland, Norway, the Faroe Islands…and Japan.

We had by accident wondered into a bar, specialising in whale meat and what we ate was a whale meat yaki udon.

We were shocked! We’d marvelled at these beautiful creatures when we went whale watching in Sri Lanka and kicked ourselves for being a tad naive…”whale bar”…

So why do Japan continue to do it?

Whaling is an ancient part of Japanese culture, which has been going on for centuries. A BBC report on whaling in Japan found that from the late 1940s to the mid-1960s, whale meat was the single biggest source of meat in Japan. At its peak in 1964, Japan killed more than 24,000 whales in 1 year, most of them enormous fin whales and sperm whales.

Whale meat farming used to be big business before the 20th century, particularly whale oil. The discovery of petrol caused the whaling industry to decline and over the past century, regulations and treaties have been crafted up to control, limit and ban whaling.

In Japan however, whaling continues and is considered a delicacy.

Struggling with our moral dilemmas, we won’t be rushing back to sample more whale meat delights any time soon and will stick to the wagyu beef or sushi for our Japanese foodporn.

IF YOU ENJOYED READING, PLEASE PIN ME: 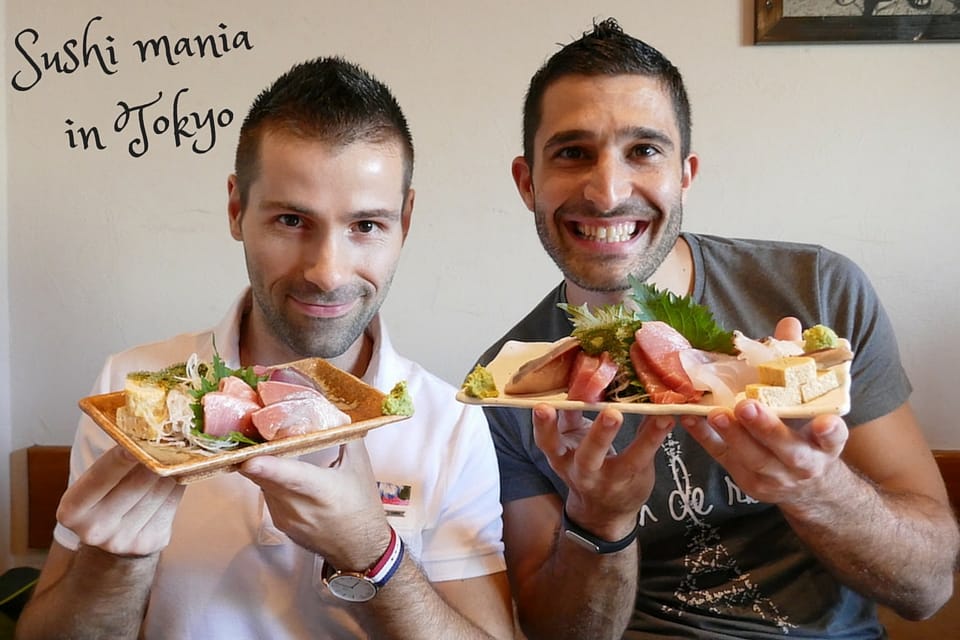 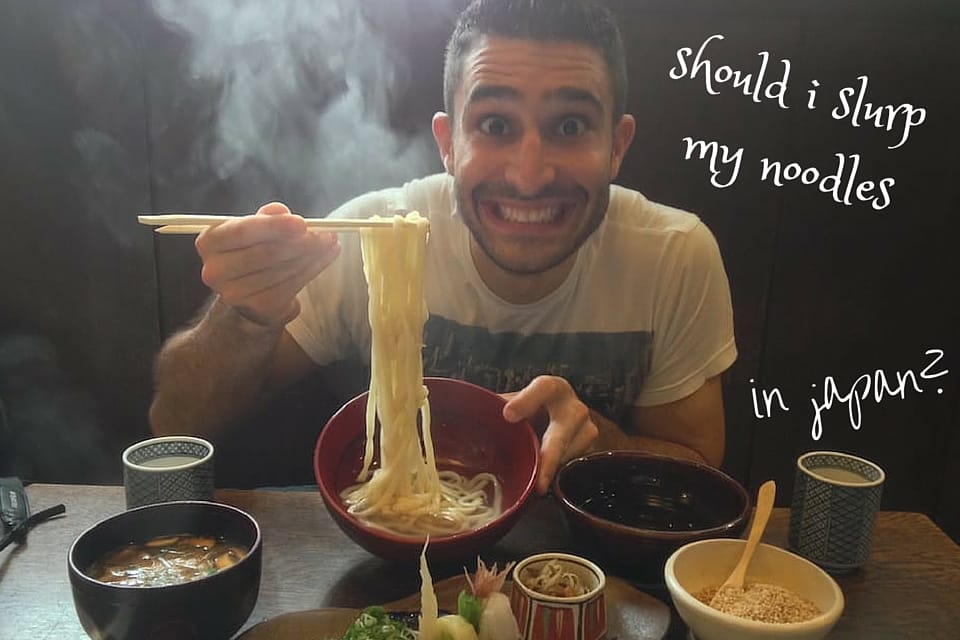 Should I slurp my noodles in Japan?
Read Next Post →